ABOUT THE GAME: Maze Zone is a 2D retro shooting  game that brings back the classic style of arcade games in 2021. The game is meant to be a challenge while testing the players as they try to navigate and shoot the drones through out the mazes. There's no give outs here or skipping a level just because it's "hard". Just a simple game, for real gamers, looking for a real challenge.

PLOT: A hive-like ship has whipped out an entire rural town, leaving behind no trace of life. The military discovered this tragic event and immediately took action before things escalates further. Covering up the tragedy, the Gov instructed immediate orders of keeping this confidential from the public while plotting their move of eliminating this massive threat.  Upon studying and analyzing, the base discovered that these "unknown flying objects" are really drone like creatures with an metallic hard-like body. Now prepared with enough knowledge, the military is ready to make their move, sending out the air force to strike. The force fought hard, but became out numbered by the enemy taking many of their lives. However, a very skilled pilot fighter was able to fight back with his sharp instincts and decisive thinking while he battle his way inside the enemy's hive. Only then, he truly realized that this battle has JUST BEGUN!

OBJECTIVES: Shoot all the drones within the level in order to move on to the next stage.

Note* This game supports international keyboard settings. So French/Belgium keys are supported in this game. (Player can use the "Arrow Keys" to move as well.)

In order to download this game you must purchase it at or above the minimum price of $2 USD. You will get access to the following files:

Being able to play in-browser.

Gameplay is simple and intuitive.

The "Mission Start" voiceover reminds me a lot of some of the NES games I used to play.

The wavy background, turning animations and mini-map are a nice touch!

I think some of the hit detection is a bit off. I recorded a video of one of my playthroughs and noticed how far away I was from an enemy before dying: 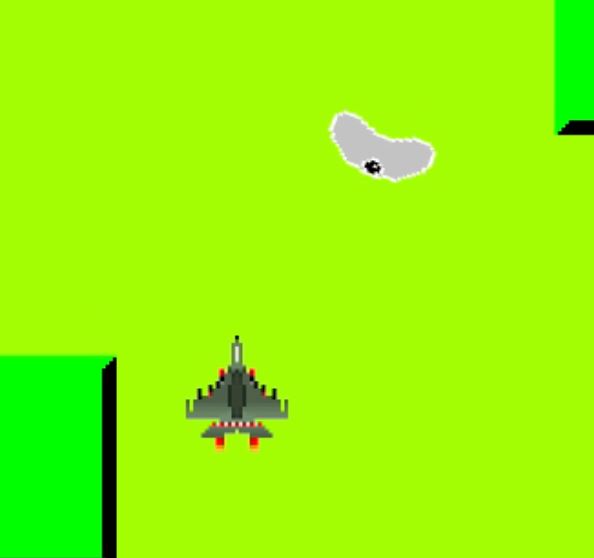 The very next frame I died. Not sure if it was by projectile or collision, but either way, I feel like the distance between the two should have been closer before triggering death.

I like how there is a brief period of invincibility after you hit a wall, but even with that, you sometimes can't break free of the wall in time. A solution would be to have the player rebound off the wall just a little bit so that they are free of the wall immediately after the collision.

Thank you for your feedback! 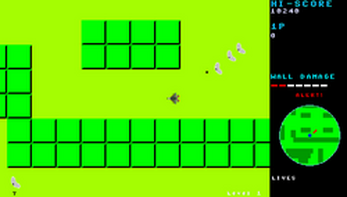 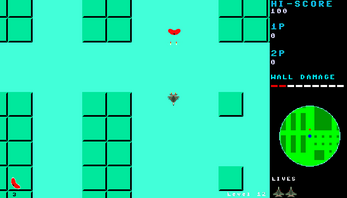 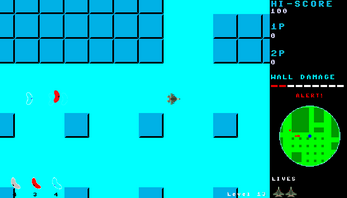